A Summary of the Covidian Threat

Neil Ferguson “predicted” the US would have 1-2% casualties. Currently, we’re at .061% per CDC, so he was only off by two orders of magnitude, and now admits he was just making a WAG without any actual data.  A “worst case scenario” of potential outcomes.  Some of you will note that I predicted this would be the case. I was correct.

This shouldn’t minimize the risk and effect on the elderly or those with specific comorbidities, who are in fact at a (relatively) significant risk of death, though much less so with proper treatment protocols vs the “blow their lungs out with a pressurized ventilator to avoid circulating air” they started with in NY.

Actually, if you use the standard CDC assessment for diseases, that’s been in use for the last 17 years, including Swine Flu, MERS and SARS, you get fewer than 10,000 US deaths, or, just like any other cold. (Coronavirii are colds, with an increased tendency to pneumonia over Rhinovirii.  But they are still just that: Colds.) https://cf5e727d-d02d-4d71-89ff-9fe2d3ad957f.filesusr.com/ugd/adf864_411c766e79174b17b8911fcae08722b1.pdf   So this means Ferguson was in error by three orders of magnitude. Which is why he felt perfectly safe visiting his married girlfriend during lockdown—the risk was effectively zero.

Here’s a summary of how the PCRs work: https://en.wikipedia.org/wiki/Polymerase_chain_reaction#Procedure

The short explanation is that we use an RNA "cutter" as a pair of scissors to target specific sequence strings. The PCR process then amplifies the resulting snippets over multiple cycles. The process can be prone to errors -- especially errors from contamination.  Get that? Once a researcher has handled one sample, it can contaminate others, especially when you’re running 40 cycles of sensitivity. This is literally the inverse of homeopathic medicine—if you dial the sensitivity up enough, you will definitely find relict RNA from previous colds or contamination, or false positives.  Multiple studies show false positives and negatives up to 56%. https://www.clinicalmicrobiologyandinfection.com/article/S1198-743X(20)30614-5/fulltext

Now again, one shouldn’t underestimate colds. They can be devastating on naïve populations (medical term for previously uninfected).  See for example New World contacts during the colonial era.  But note:  It’s about 63 days to cross the Atlantic by sail.  That’s time for everyone aboard ship to have either acquired a virus or not, and developed immunity if need be.  Why is it still communicable?  Because immunity doesn’t prevent being a carrier.

Start there:  The “social distancing” BS cannot possibly work.  It never has. It never will.  H1N1 is still making the rounds 12 years later despite herd immunity. And in fact, using California’s criteria, H1N1 is still above the threshold the intend to use for SARS-CoV-2. It will literally never go away, per their policy.

Exploitation tactics:  One is always ready to move into to an opportunity. In a military context, if your opponent retreats or weakens, you secure the area, after carefully making sure it’s not a trap---c.f. Battle of the Bulge.

China started with a bizarre internal panic—people wearing improvised spacesuits of plastic sheeting and water bottles that looked impressive and hilarious, and did absolutely nothing to prevent contamination with a cold virus.  The Chinese state and media got in on the act to show how forthright they were—power washing buildings, sequestering people, sometimes until they died, and this strange contraption, https://www.dailymail.co.uk/health/article-7921351/Suspected-coronavirus-patient-wheeled-Chinese-airport-quarantine-box.html 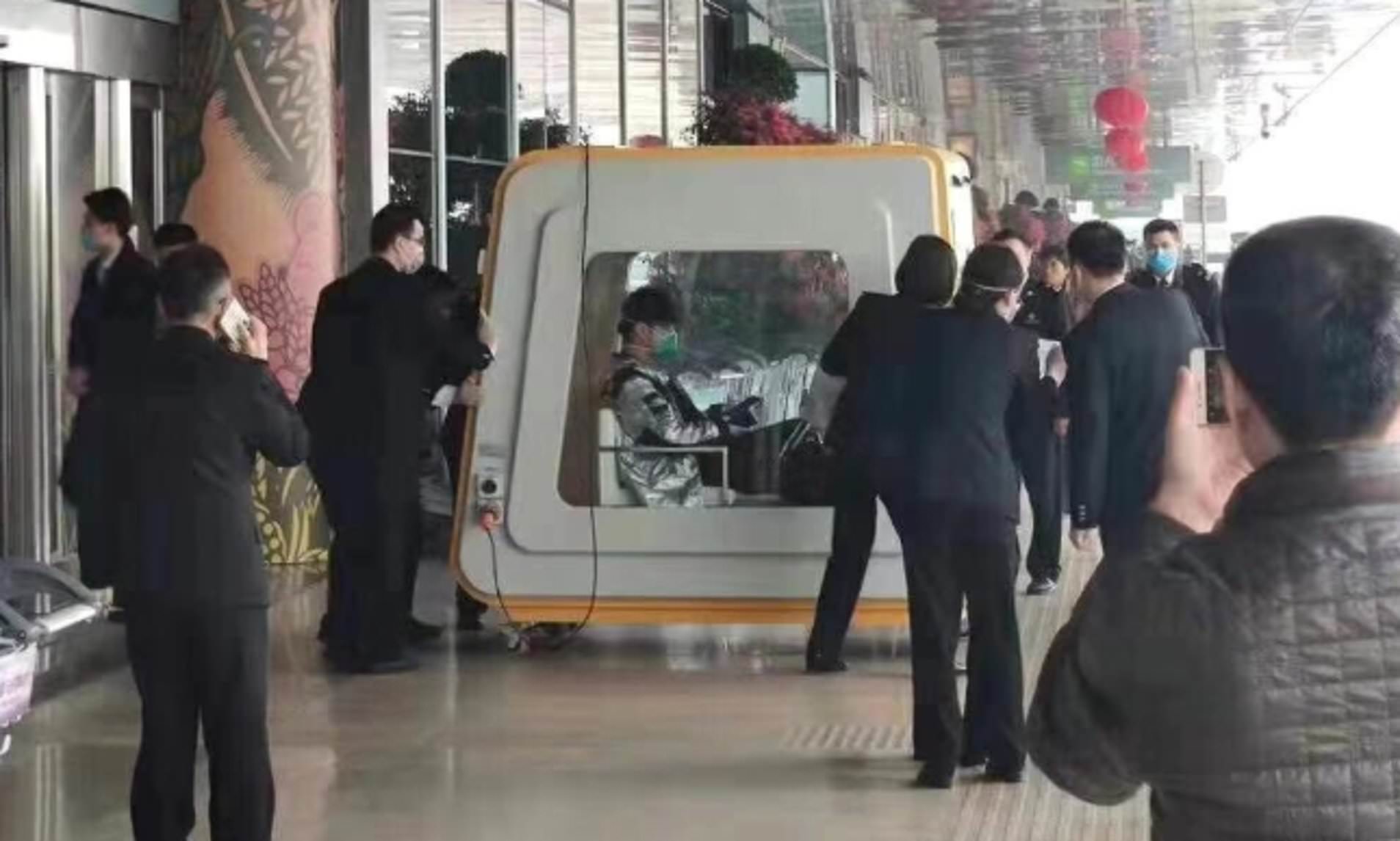 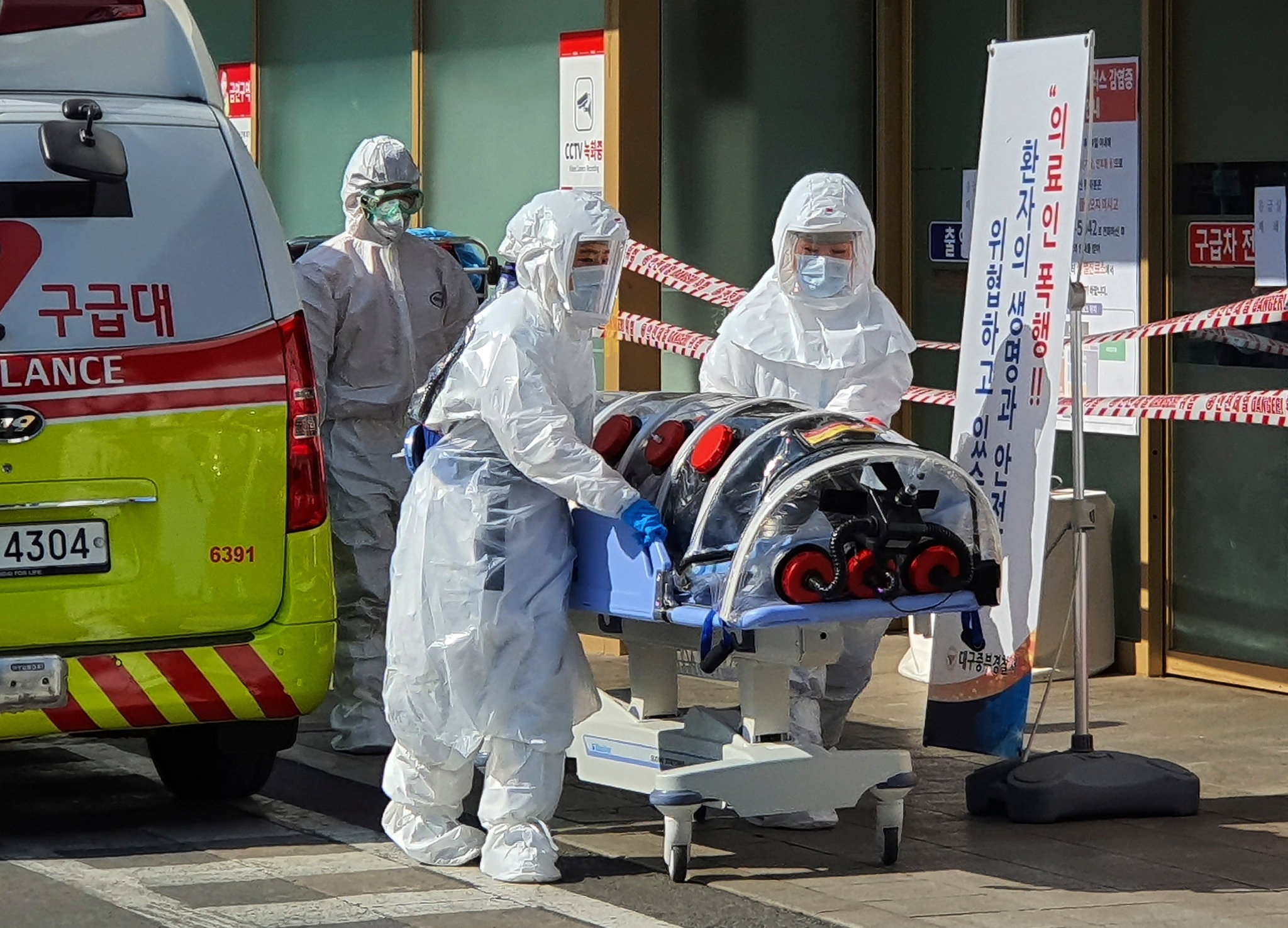 This is all classic Communist theatrics and propaganda, like when the Ukraine was starving and the USSR was exporting its grain to show how productive they were. Image is more important than people, especially when you have a surplussage of the latter.

Note that China had fully re-opened by June, though kept hinting at further lockdowns every time the uncomfortable subjects came up.

Next we come here.  Let me note, social media has been weaponized repeatedly, to the point that large numbers of Americans were willing to believe “Russian hackers” changed the 2016 election.  But it’s well known that the CCP uses a lot of bots to manipulate markets. So does 4chan, in an almost AI form. (My wife’s masters is Information Security, and she’s the lead IT Forensics Investigator for a major defense contractor. This is her field.) Some blog sites are up to 70% Chinese spambots.

So here’s the link, where someone else has compiled some of the data. https://threadreaderapp.com/thread/1270925788389486593.html?fbclid=IwAR1gsOzMmat6Fv0fKd4WSVBDXjgmgdSC8C_BmtM_VT4omOIRDBUIY3sazvo  Literally tens of thousands of bot accounts shrieked on social media about how every nation had to “lock down” to stop the virus. Even though literally every expert in the world will tell you lockdowns will not stop a virus.  Even the revered Dr Fauci is now saying this. https://www.hfma.org/topics/news/2020/08/fauci-says-additional--lockdowns--not-needed-in-response-to-covi.html

Now, let’s move on to the strange propaganda that an unfitted, unrated “face covering” can magically stop 100 nanometer virions. Here’s what I wore for asbestos mitigation in the military.

I was HAZMAT control NCO at several stations, and issued all kinds of PPE.  At no point did I ever, and I would have been jailed if I had, said, “Just wear a bandana, it’ll offer some protection.”

This is literally the equivalent of putting up a chainlink fence to stop mosquitoes, or wearing a poncho in lieu of body armor because “It will offer some protection.”

No, it effing doesn’t. It does nothing.  Though it does increase CO2, reduce blood oxygenation, and potentially increase bacterial load. The mesh size of a cloth mask is literally dozens of times bigger than a virion, and we have the promotional myth that “the virus has to stick to droplets.” This is false. (Links from CDC, et al, at the end)

The check on this is that we’re 26 weeks into “4-8 weeks of masks to stop the virus” and they freely admit it hasn’t worked. Like the flagelants of the Black Death, when what you’re doing isn’t working, you should stop, not do it harder.

Of course, this is the same government that told you to hide under your desk in case of nuclear attack, and ten years ago said you could possibly stop AQ chemical weapons with dryer lint and a window screen.  People demanded an answer, the government gave them something to shut them up.

There is nothing  you can do to stop a virus as far as “PPE,” and your unrated (in fact, read the package, which states they are not approved for any medical purpose. They’re a fashion accessory) face panty is worthless.

We were also told, “Asians routinely wear masks.” That became the Twitter mantra.  This is readily disprovable with Google images, and anyone who’s been to Asia will snicker at the concept.  SOME few Chinese wear masks against particulates, and some few Japanese and Koreans wear them on mass transit when sick since it’s almost impossible to cover your face in those crowds. Of 4.5 billion Asians, a couple of million SOMETIMES wear masks, and not for the claimed purpose of protecting the rest of the world.

In fact, China first begged for masks, and was given billions of them by Spain, and then a few weeks later, opened back up, and offered to sell those same masks at a profit to Western nations who were “locked down.”

China also claims to have no COVID cases.  This could be propaganda, but, it could also be they’re using the extant, normal test criteria, by which Sweden, and IIRC the Netherlands, have determined the threat is long since past.

Though they then changed their mind and threatened lockdowns again, as soon as political pressure resumed regarding Hong Kong, the Uighurs, Tibet, and Taiwan.

So what we have at the end of the day is:

Marketed into mass hysteria, with shrieking idiots cheered on by bots into demanding “Complete lockdowns” that are impossible even in a controlled economy, much less a free market.

Massive economic damage to large chunks of the west.

China taking the opportunity to exploit the market yet again, offering to buy failing US industries, sell us product they were getting hammered on with tariffs, expand market share.

And people have largely forgotten the Chinese internment camps for Uighurs, its operations in Tibet, attacks on Hong Kong, and renewed threat on Taiwan.

And it’s making a ton of money and improving its market position to our detriment.

This is political and economic warfare, like the old Cold War, but much better managed.

BTW, due to asthma for both of us, and Jess’ PTSD about face coverings from an assault as a child, and the below linked studies (going back 45 years in literally every credible nation), we do not ever wear masks. There are zero benefits to doing so, and plenty of risks of bacterial infection and reduced oxygenation.  We’ve traveled in 5 states, met with literally tens of thousands of people professionally and socially, and there are zero reports of anyone in these networks becoming sick or dying.  If you’re not in a retirement home in NY, NJ, Detroit or LA, your odds are very, very low.  And there is no universe in which I put a muzzle on my youngest daughter.

There are a number of people who’ve become sick from bacterial load in their cloth masks, however.

This entire panic ends when real men and women refuse to comply with the hysteria and resume life as normal.  Until then, the governors will be happy to enjoy that sweet, sweet, emergency fascism of dictating who is essential and who is dispensable.

From the WHO: There is limited evidence that wearing a medical mask by healthy individuals in the households or among contacts of a sick patient, or among attendees of mass gatherings may be beneficial as a preventive measure.14-23 However, there is currently no evidence that wearing a mask (whether medical or other types) by healthy persons in the wider community setting, including universal community masking, can prevent them from infection with respiratory viruses, including COVID-19.

Prolonged wearing of the surgical mask causes loss of intellect potential and cognitive performance due to a decrease in blood oxygen and subsequent brain hypoxia. Note - some changes may be irreversible.

"Seventy percent of the patients showed a reduction in partial pressure of oxygen (PaO2), and 19% developed various degrees of hypoxemia. Wearing an N95 mask significantly reduced the PaO2 level"

"Wearing N95 masks results in hypooxygenemia and hypercapnia which reduce working efficiency and the ability to make correct decision."

Outside the health care and medical transport settings, CDC does not recommend the routine use of respirators. Most people who develop SARS become infected through contact with other people who are ill with SARS, not by breathing contaminated air. If a person does contact the SARS virus, it is most likely to be on a surface such as a door knob. The best protection from SARS in public places, (including workplaces other than health care and medical transport settings) is to wash your hands frequently and avoid touching your eyes or nose. [COVID is SARS-CoV-2]

"No direct evidence indicates that public mask wearing protects either the wearer or others."

https://www.cidrap.umn.edu/news-perspective/2020/04/commentary-masks-all-covid-19-not-based-sound-data?fbclid=IwAR1lfzfwrFI-CEiy4WPD7ChiPqfBeXAvsalnD7ggpbE2YxOx-3sRjni3HhY  COMMENTARY: Masks-for-all for COVID-19 not based on sound data

A cloth mask or face covering does very little to prevent the emission or inhalation of small particles. As discussed in an earlier CIDRAP commentary and more recently by Morawska and Milton (2020) in an open letter to WHO signed by 239 scientists, inhalation of small infectious particles is not only biologically plausible, but the epidemiology supports it as an important mode of transmission for SARS-CoV-2, the virus that causes COVID-19.

BTW, this came out today:

And I came across these: