Yup.  Last night I made a post on Debasebook. This morning, I got this message popup:

We Removed Something You Posted

We removed this from Facebook because it violates our Community Standards:
To be properly sensitive, in the future, I will not use the word "Chigger." I will refer to them either as "chegroes" or "arthropods of color."

You're Temporarily Blocked
You're temporarily blocked from posting on Facebook for the next 12 hours. Please review our Community Standards so you can understand what's allowed on Facebook and keep your account in good standing.

There are any number of "Kill (someone)" pages, any number of racial hate pages actually using the word "Nigger."  There are pages encouraging violence against women, against liberals, conservatives, blacks, Hispanics, whites, all good for FB, but God help you if you make a JOKE about those kinds of people.

So, at my request, a few friends reposted the message on my wall, and others joined them.  By the count I have, I gained 30 friends and sold about 300 additional books, which will reflect in my May 2014 royalties.  Thanks for the support.

So what can we take away from this:

Some people have no sense of humor.

Some FB responders are not real bright.

A few are downright niggardly.

You can't stop the signal.

The Streisand Effect is real.

Sniggers are not Black Smurfs.  I stand corrected.

Mel Brooks could make these people absolutely SHIT themselves.

All kinds of other words that rhyme may be at risk—Bigger, Rigger, Trigger, Jigger (Wish I'd remembered THAT one when making the drink recipe for the Black Klansman), Digger, Vigor, Sligar.

The Vikings may have created speed dating.

Cookie Monster should be targeted for a drone strike.

Darth Vader does not wear a gimp suit.

To my new friends, welcome!  Thanks for stopping by. Enjoy the wall.  I can't promise you won't be offended.  If you're not offended, don't worry, I'll get to you.

Given the notoriety I received, I need to try for a week next time.

I swear it's like being in a Monty Python sketch:

"No one wants to take your guns away."

"They just said they want to take away guns."

"This gun is half the power of a hunting rifle."

"Yes, that makes it more dangerous, because of less kickback. And stuff."

"Well, technically, yes.  But it got a new plastic thingy last year.  So it's ultramodern."

"The plastic thingy is an adjustable stock for different clothing or shooter statures.  It's been around since the 1960s."

"Right.  But we just found out about it."

"And they want to ban this gun."

"So if it didn't look scary, it would be okay?  Like this pink gun?"

"So it can't look scary, and it can’t look non-scary?"

"So which guns would that leave?"

"Well, the other non-scary, non-non-scary guns."

"But all guns scare you."

"Yes, but I have a right to feel safe, after all."

"Really?  What about my right to feel safe?"

"Well, you're paranoid, so you don't count."

"So you ARE taking away guns."

"You just said you were."

"But you just took my gun!"

"Well, we think you should hunt with something else."

"Yes they were. That's what they specifically said you can't take our guns."

"They said you couldn't take THEIR guns.  YOUR guns are entirely different."

"But you said you weren't going to take our guns."

"Oh, that.  Right. Well…oh, good, here comes an inaccurate cartoon making fun of you.  We win."

"The bloody hell you do."  BANG

Helping Gun Control Supporters Through The Five Stages of Grief

Denial:  THERE IS NO RIGHT TO OWN A GUN!  That's not what the Second Amendment means!

Actually, there is.  That is what the Second Amendment means, and the Supreme Court has said so repeatedly for well over a century, until they broke it down into words even you can understand:

"Some have made the argument, bordering on the frivolous, that only those arms in existence in the 18th century are protected by the Second Amendment. We do not interpret constitutional rights that way. Just as the First Amendment protects modern forms of communications, e.g., Reno v. American Civil Liberties Union, 521 U. S. 844, 849 (1997), and the Fourth Amendment applies to modern forms of search, e.g., Kyllo v. United States, 533 U. S. 27, 35–36 (2001), the Second Amendment extends, prima facie, to all instruments that constitute bearable arms, even those that were not in existence at the time of the founding."."

Anger:  You all support child murderers, hate America, are retarded poopyheads, living in a delusional world…

Boy, that was…special.  I understand you're upset.  However, name calling is not productive, and hate is not a liberal value.  It's also generally understood to be a bad thing to stereotype an entire group by the actions of a mere handful.

Bargaining:  What about some reasonable compromise?  If you disagree with us, you're unreasonable!

That's not how it works.  A reasonable compromise requires that you know the subject in question, not just bleat about being scared, and that you offer something in return. What are you offering in return?

Oh, I just remembered:  Constitutional right.  I don't have to bargain.

Depression:  I hate America.  All you gun nuts should go to some other country like Somalia.

Really? I'm an immigrant and I LOVE America.  But if you're not happy with it, perhaps you should do the moving.  Why am I obligated to make changes for your benefit?  I moved to the country I like.  You can do the same.

Yeah, will you please hurry up and get there so we can do something productive?  We've spent a lot of time helping you with this process, and fighting it is only making you unhappy, and frustrating us.  Please?

In general, the more aware of reality you are, the more likely you are to survive. But sometimes lying to yourself has its advantages. Possessing an over-inflated belief in yourself can help you perform better than accurately knowing your abilities.

That said, they suggest that overconfidence works particularly well in unfamiliar situations, where it's difficult to even make an accurate assessment of one's position. Faced with an unknown enemy or technology, the best course may be to simply assume that you can win until proven wrong. In that scenario, it might make some sense why overconfidence is an desirable trait from an evolutionary perspective, particularly since so much of human history seems dominated by exploring unfamiliar and potentially dangerous situations. Very well.

"i just assumed i could."

it's one thing to say that there are situations where delusions of grandeur can help STATISTICALLY SPEAKING - OVER TIME - FOR A BIOLOGICAL SPECIES...

but in everyday, real life existence for a single human being, while confidence can have a psycho/sociological effect that can manipulate the weak of mind - VERY * SERIOUS * REAL WORLD * NEGATIVES are the primary consequences of such delusion.

it is because of this phenomenon that people all over our country have an opinion on global warming.

local yokel yahoos who don't know their asshole from a hole in the ground HAVE AN OPINION ON CLIMATE CHANGE - A VERY TECHNICAL SUBJECT MATTER which this group of opiners can ONLY get SECOND HAND from scientists.

further, these imbeciles have such a hopped up sense of self that they are confident:

- TO THE POINT THAT THEY'RE ****ARGUING**** with the scientist from whence this information comes!

- to the point where JENNY MOTHERFUCKING MCCARTNEY thinks she has something to contribute to the field of childhood vaccinations.

Wait, wasn't this about climate change?

- where a bunch of backwoods fucktards call themselves a teabagging express are convinced that a nation... A NATION... should be run like their own households - with NO HINT of irony or grasp of the fallacies of such a notion.

Wait, wasn't this about immunizations?

um...ignorance? I can google it?

i'm actually going to disagree with the gist of this article

Wait, are you an expert in this field? or getting your information from an expert? Or are you, you know, arguing with experts? Which would be ironic.

and say that this is on par with "studies" that say chocolate or red wine is healthful... in a very particular way of looking, yes, that can be so... but it also must ignore huge swathes of other complicating factors that frustrate such easy generalizations.

DELUSION IS BAD. FALSEHOODS ARE BAD.

IGNORANCE IS STRENGTH! FREEDOM IS SLAVERY! TRUTH IS BEAUTY!

TRUTH IS GOOD. KNOWING REALITY IS GOOD. period.
it is with UTTER, GRAVE, MORTAL PERIL that we do not understand and grasp our ineptitude.

Oh, I'm pretty sure I grasp it when I see it.

we JACK UP OUR WORLD because we overestimate our own prowess and come off as utter DOUCHEBAGS - to ourselves, our friends and family and to the societies in which we belong.

as clint eastwood said, "A MAN'S GOTTA KNOW HIS LIMITATION".

that mouthbreathing, overweight chess nerd is not going to get the cheerleader... no matter how bold. 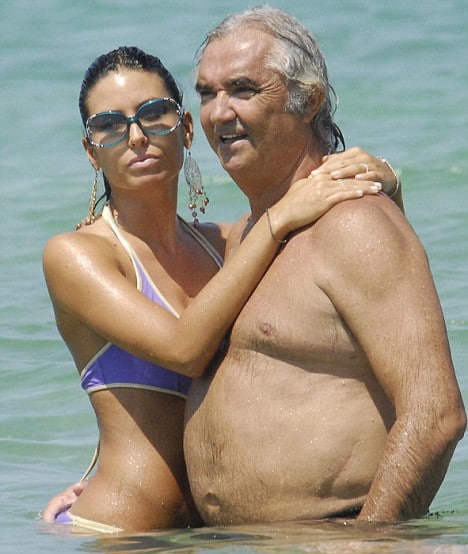 you can find the way if you don't even know where you currently are.

Deep, man. You should send that to Reader's Digest.

There's more. Much more. I must applaud this gentleman on a fantastic first-person demonstration of self-delusion. He couldn't do better if he were actually self-deluded.