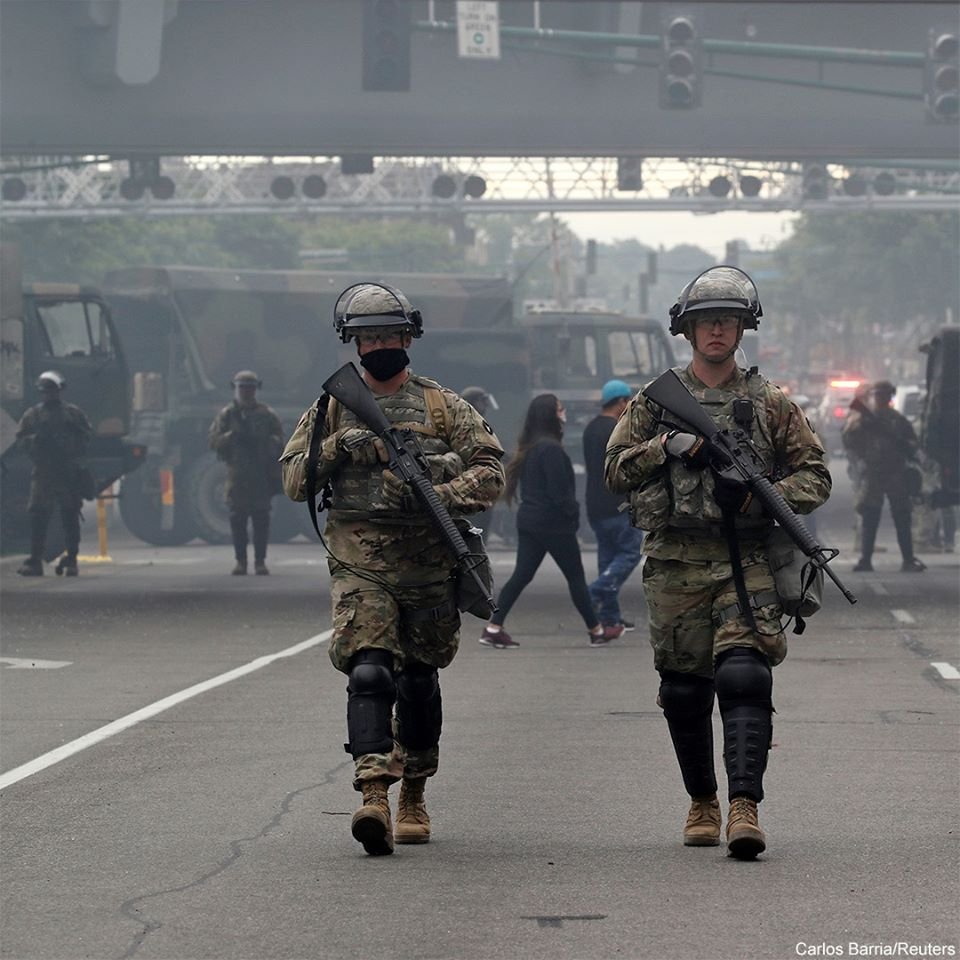 If they're not loaded, why the hell are those soldiers carrying rifles at all?

Yeah, that is a relevant question. I wouldn't risk it.
#2 McChuck 2020-05-31 23:31
So, troops are sent out with unloaded weapons. Again.
And just like in the Rodney King riots, when confronted by mobs, the troops will hand over their automatic weapons to the mob.

"We didn't accomplish anything!"
"Sure we did. We fed it."
#1 Trimegistus 2020-05-30 00:37
If they're not loaded, why the hell are those soldiers carrying rifles at all?
Refresh comments list
RSS feed for comments to this post